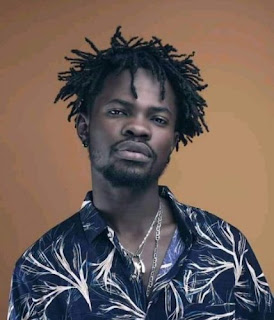 Join Our WhatsApp Group
Budding Ghanaian musician, Peter Famiyeh Bozah widely known as Fameye has disclosed that he has filed to be nominated in seven categories in the upcoming Vodafone Ghana Music Awards (VGMA).
The ‘Notin I get’ hitmaker noted however that he is eyeing only one out of the seven nominations to win.
Speaking to Berla Mundi on TV3’s New Day, Fameye explained that this is because he does not want to lose out on all the awards while vying for all.
“I’ve filed for seven categories but I’m craving for only one which is the New Artiste of the Year. I don’t want to split my votes and end up losing all of them. It doesn’t mean I don’t want the other categories. I need all nominations but I only want to win the New Artiste of the Year category.” He stated
Fameye added that: “I filed for Song Writer of the Year for ‘Mati’, Most Popular Song for ‘Notin I get’ and a few other ones.”
Organizers of annual Vodafone Ghana Music Awards, CharterHouse last month notified the public in a social media post that they have received over 500 nomination applications with 4 days to end nominations.
The organizers opened nominations for the 2020 edition of the awards on 1st January, 2020.
Source: tmmotiongh.com