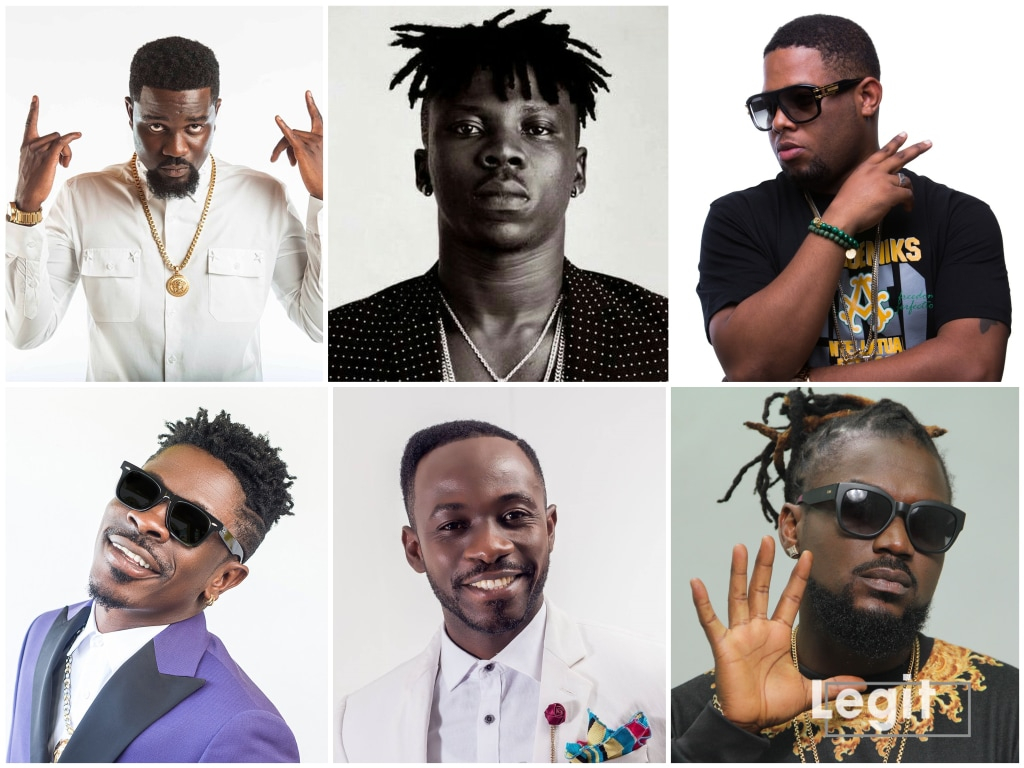 Top 10 richest musicians in Ghana and their net worth 2022

Here’s the latest list of the top 10 richest musicians in Ghana as of 2021/2022 and their current net worth.

Do you want to know who the top ten wealthiest musicians in Ghana are? Then you’ve come to the right place.

Over time, the music industry has risen to become one of the highest-paying professions. Even in Ghana, some musicians are succeeding.

Musicians have a reputation for making expensive purchases and showing off their affluence. Of course, they’re all skilled, industrious, and each one of them has a unique performance style.

We’ll tell you how much these wealthy musicians are worth and how they made their money.

As you may be aware, we recently published the most recent rankings of the top 10 richest musicians in Nigeria, as well as their net worth.

Now, who are Ghana’s wealthiest musicians? A detailed list can be found here.

Sarkodie is currently the richest musician in Ghana with a whopping net worth estimated at $7.2 million.

As a musician, Sarkodie has won the most honors in Ghana, both locally and internationally. He is the first Ghanaian to receive a BET award.

He represents a variety of companies, including Samsung Mobile, Fan Milk, and many others. He owns a magnificent residence and a fleet of automobiles.

Shatta Wale, whose real name is Charles Nii Armah Mensah, is a Ghanaian reggae dancehall artist. He is one of the richest musicians in Ghana.

Shatta Wale’s decision to pursue music was undoubtedly a wise one since it has thrust him into the limelight. He was born on October 17th, 1984.

His biggest single, “Dancehall King,” catapulted him to popularity. He has won numerous honors for his performances on both local and international stages.

He owns multiple high-end vehicles, including a Range Rover, a G Wagon, a Toyota Camry, and a Chevrolet Camaro, as well as multimillion-dollar houses.

Kwame Nsiah Apau popularly known as Okyeame Kwame was born on the 17th of April, 1976. He is a Ghanaian rapper, songwriter, creative director, and entrepreneur.

He made his decision to go solo in 2004, which seems to have been a bold step for him.

Apart from earning money from his music, he also has a variety of enterprises. He is the owner of a record label named One Mic Entertainment, he is the co-owner of Firm Bridges Communications and a partner in Horseman Shoes.

Kwame is an ambassador for several brands, including GT Bank, MTN Group, and Coca-Cola. He’s no doubt one of the most popular and richest Ghanian musicians.

Rebecca Akosua Acheampomaa Acheampong, popularly known as Becca, is a Ghanaian singer, songwriter, and actress. Becca is easily one of the richest musicians in Ghana.

Besides, she was born in 1984 and has made it to the list of the top 10 richest musicians in Ghana for many years.

She first gained recognition as a contestant on the second season of TV3’s annual singing competition Mentor.

She had collaborated with various Ghanaian musicians, including several global musicians. Her excellent performance around the world has earned her lots of awards and nominations.

Becca has signed an endorsement deal with the EKB record label. With the aid of her music career, she has amassed a lot of riches by herself.

R2Bees is a Ghanaian hip hop and hiplife duo from Tema made up of two cousins, Faisal Hakeem and Rashid Mugeez.

They were nominated at the 2013 BET Awards. In March 2019, the duo released their third studio album Site 15.

Like several other Ghanaian stars, the R2Bees stars have partnered with a number of artists in musical collaborations within and outside Ghana.

Amongst the artists, they have collaborated with are Sarkodie, Davido, Wande Coal, Wizkid, Criss Waddle, Asumadu Killbeatz, and Tinchy Stryder.

On the 2nd of December, 1988, Nana Richard Abiona was born. He was born in the United Kingdom but grew up in Ghana.

Wyclef Jean, Elephant Man, Shatta Wale, Wande Coal, Itz Tiffany, Sean Paul, Sardokie, and Major Lazer are among the musicians with whom he has worked.

This celebrity has homes both inside and outside the country, and none of them are less than mansions. He is Ghana’s 6th richest musician.

He has worked relentlessly to promote Ghanaian artists in the UK and, through his music, to shift the narrative of Africa.

Nii Addo Quaynor whose stage name is known as Tinny, is a Ghanaian Rapper born on January 19th, 1982. He got into the music industry at an early age by singing and rapping at parties and funfairs.

In 1994, he started performing at Fun-World, an entertainment program which was organized every Sunday at the National Theatre (Accra).

He has released several studio albums since his debut. Looking at his luxury lifestyle. Tinny owns many mansions located in and out of the country and fleet of cars that amount to his worth.

He has several records with several Ghanaian superstars like Shatta Wale, Trigmatic, Kwabena, and many more. Tinny is among the best and richest musicians in Ghana with a net worth of $2.3 million.

Emmanuel Andrews Samini known by his stage name Samini is a Ghanaian Reggae and Dancehall recording artiste. He was born on 22nd of December 1981 in Accra, Ghana.

Samini’s success and recognition began when his first single, Linda, was released and subsequently appearing on other successful singles by other artists.

On the 13th of December 2018, Samini was en-skinned as a Chief in his home town.

He signed a lucrative endorsement deal with MTN some years back. He has been nominated for a lot of awards and won some of those nominations

He has won a number of awards such as African Artiste of the Year 2008, Best African Act in the year 2006.

Being one of the richest musicians in Ghana Samini owns many extravagant assets. Samini is no doubt

Sitting at the number nine spot as the richest musician in Ghana is Desmond Kwesi Blackmore widely known as D black. He was born on 12th January 1986.

D-Black is an award-winning musician and a notable entrepreneur who has collected different form of awards including entrepreneurial awards that motivated him to keep pushing.

Through his musical journey, D-Black has been nominated for over 59 awards worldwide and won 23 of these awards since then including the 2011 BET Awards.

He also introduced his Black Avenue Clothing (BAC) which is aimed to be a design company, marketer and importer of men and women’s clothing internationally.

Currently, he has made it to this list of the top 10 richest musicians in Ghana with an estimated net worth of $1.6 million

He was born on March 5th, 1988. He began performing as Stonebwoy in high school as an underground rapper. He has gained acceptance from all over the world.

In 2015, he received many awards and nominations ranging from “Artist of the Year” to “Album of the Year”.

His hard work seems to really pay off. He was an ambassador for Samsung in 2018 and in September 2019, he bagged an endorsement deal with Voltic Natural Mineral Water.

Among his fleet of cars is the customized Hyundai Sonata, Range Rover Sport, and many more. He’s the last on this list of Ghana’s top ten richest musicians.

He launched his newly established clothing line in Ashaiman in a store called the ‘Bhim Shop’ where he sells branded outfits of his BHIM brand.

Stonebwoy’s dedication to his work coupled with his achievements have made him one of the richest musicians in Ghana. As a consistent hitmaker Stonebwoy’s net worth is estimated to be about $1.5 million.

The question is, who among these artists will make it to the list of the richest musicians in the world?

We all want information about our favorite superstars, not just for fun but to get inspired and got to work like they did, to achieve greatness.

Here’s a quick recap of the top 10 richest musicians in Ghana: