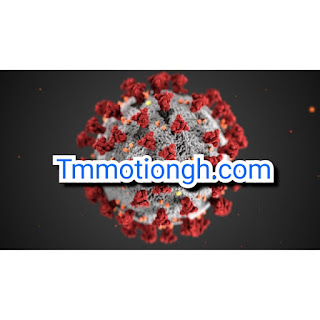 Join Our WhatsApp Group
There Is No Corona Virus In Ghana : Sarkodie Reveals
You can never say that the ban which was lifted by H.E Nana Akuffo Addo was backed by scientific advice and or data. It’s simply meaningless from my point of view.  Moreover, which sort of data with a rising curve will encourage a dooms day with ban lifting? How many cases do we suppose Ghana recorded in early stages? Two right? I tell you what, it’s a lie!
Click the bell icon on your screen to subscribe for more updates
Let me tell you something, the ban on public gatherings was implemented when Ghana had had about 6 confirmed cases of the virus. Then later, parts of Accra and Kumasi came under lock down a few days following that number. And now what? To lift the ban when Ghana has 1042 cases? Unbelievable! Now tell me, who was expecting that the ban would be lifted? When lots of expertise were advising that Eastern Region should also come under a lock down after a spike in number of confirmed cases, where was Mr. President? With as much increasing cases they supposed to record in this country and still no lock down? If you had like, do a personal research on all states across the world to see which country will ever do that. No country ever does that! Again, America won’t do this, neither Italy nor China.
How many qualified health practitioners and medical facilities does Ghana have more than these aforementioned developed countries. They have all these facilities that can contain the widespread of a pandemic on an average basis. But yet still, even the mighty are falling. Now tell me where Ghana falls on that list. And still, go and inquire about them and there’s only one thing you will know, LOCK DOWN! Whereas South Africa appears to be the country with advanced medical facilities in the whole of Africa, are they not under lock down? All African countries with confirmed cases of the virus are either in a total or partial lock down mostly until the end of April. And when you consider some of them, their numbers do not even match ours. We are far higher in number of confirmed cases and death tolls to take such a risky action in pandemic crises.
Enter your email below to subscribe for more
Join 181 other subscribers
This is why I say there is no Corona Virus in Ghana, take this from me. How many people did the Ghana Health Service confirm dead after contracting the virus? And tell me where they buried those people. Go to countries like Italy and you will find dead bodies in streets. Others are burning dead bodies on camera for public awareness. Where are the bodies we confirm dead in Ghana? What evidence have they given to back that number?
Apart from the numbers we hear on the media day in day out, what proof is there to show? If it is true, the families of the deceased ones should not be in charge of paying honor to the dead. It is the sole duty of the government to befit such a task. This is because they died following infection from a deadly virus which must not be contracted by others upon burial. When did they bury them and where? And again, did they store those dead bodies in a mortuary or what?
Do you know that from the statistics they brought us on total cases in the country, more than 50% of that number indicates that the disease is now on a community-level spread. So we now leave our people to converge on trading terminals(markets) and other work places after lock down to contract the virus right? Please don’t mention nose masks and washing of hands. Doubtless to say, I don’t want to hear that. In view of this, it’s not as if I do not practice these but of course I do. Nevertheless, when did wearing of nose masks and washing of hands stop Covid-19 from spreading? Those are precautionary measures and not the cure.
And if there was Corona virus in Ghana, government will not leave her citizens in an open space in the name of ‘social distancing‘. You reading this post, when was the last time you desisted from friends and family in respite of social distancing. To say the least, do you mean you’ve neither shook hands nor hugged a loved one since the pandemic outbreak? So you see, one vital preventive measure is to stay at home and not to imagine an impossible social distancing in this our Ghanaian culture indoctrinated and inclined system almost incapable of social distancing.
Read also :
Is Ghana really serious at all on handling this pandemic? How do you lift a ban when we hit 1000+ cases. This does not sound well at all in my ears.
I know my critics will pounce on me with sophisticating comments but don’t forget this, that a dying lion will never leave its prey to the jungle if indeed it were hungry. I rest my case.
( Source : Kwame Sarkodie Agyemang’s opinion inside Assin-Fosu, Ghana)
There Is No Corona Virus In Ghana : Sarkodie Reveals
Eth Studios…Get Inspired and Stay Informed
1+