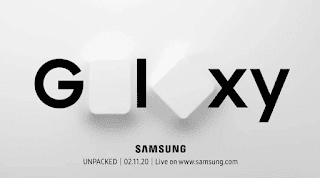 The Galaxy S11 is one step closer to reality. After a promotional video surfaced that accidentally revealed the date of the launch, Samsung has now made its Unpacked event official — the brand will reveal its first phones for 2020 on Feb. 11 in San Francisco at 11 a.m. PT. The event will take place at the Palace of Fine Arts (not a real palace). Samsung made its announcement on Saturday, days before the annual CES show in Las Vegas begins.
Join Our WhatsApp Group
Industry watchers expect the company to unveil a trio of Galaxy S11 phones in three sizes, as well as a foldable rival to Motorola’s Razr, which Samsung teased in October.
The invitation mirrors the promotional video leak, in which the letters “Glxy” are interspersed with two images that resemble Samsung’s phone packaging. Looking for hints, it’s possible that the box on the left with the rounded corners represents the Galaxy S11 family — the Galaxy S design often has more rounded edges than the Galaxy Note series.
Samsung’s Unpacked launch event will take place weeks before Mobile World Congress, the world’s largest mobile trade show, which runs Feb. 24 to 27 in Barcelona. Revealing its first major phones of 2020 ahead of the global gathering gives Samsung an advantage over its competition and a chance to lead the pack with new features that phones in 2020 are expected to share. By announcing first, Samsung can claim to innovate, while others follow.
5G support and foldable designs are this year’s most important phone trends, along with advancements in photography. Although the US government’s ban on Huawei has clipped the wings of Samsung’s biggest threat in 2019, the brand still feels pressure from Apple’s iPhone, Motorola’s foldable Razr and OnePlus’ phones that offer high-end features for hundreds of dollars less than Samsung’s premium price tag.
That said, it’s a good time for the world’s largest phone brand. While Samsung’s overall revenue is down, smartphone profits are up on the strength of the Galaxy Note 10 and A-series sales. A strong Galaxy S11 showing could widen the gap in Samsung’s favor.
Galaxy S11’s rumored features include 5G, a 108-megapixel camera, a 5,000-mAh battery and a new design that borrows from the Galaxy Note 10. CNET will cover Samsung Unpacked live. Until then, read all the Galaxy S11 rumors and everything we know about Samsung’s follow-up to the Galaxy Fold.
Source: cnet.com
SEE ALSO: