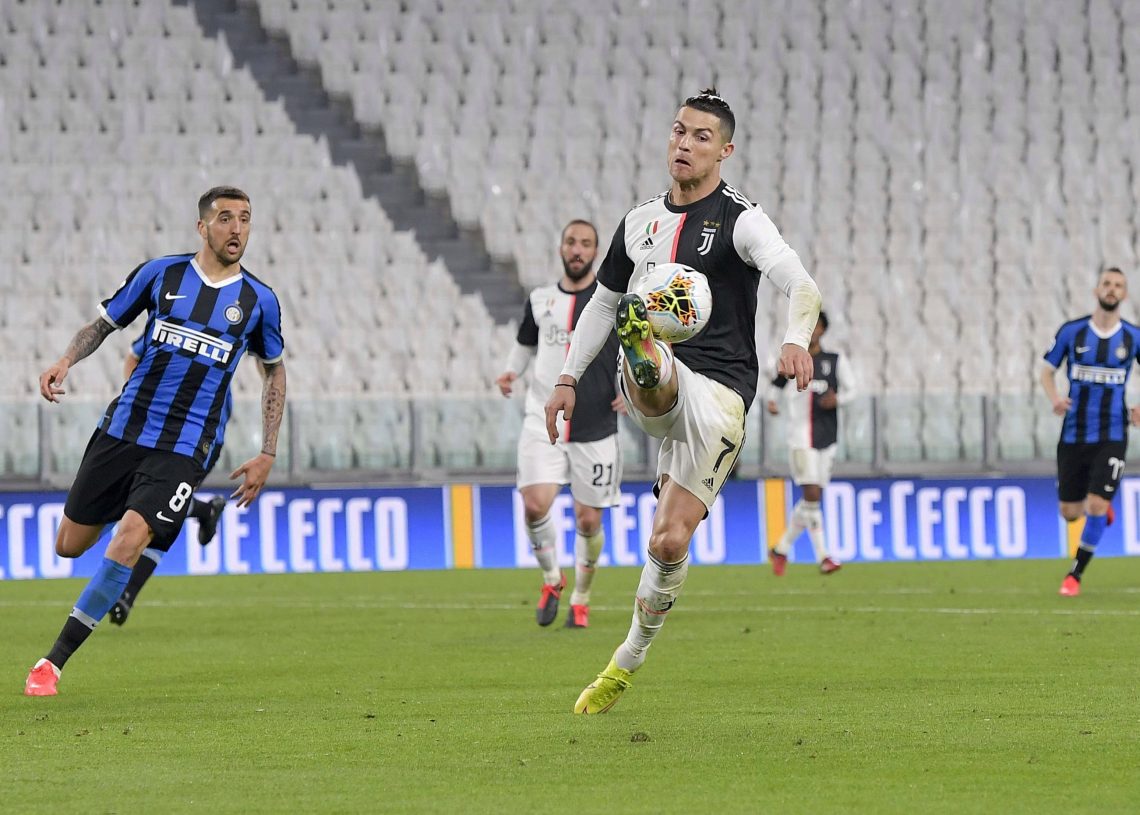 Cristiano Ronaldo is in quarantine on his native Madeira after Juventus teammate Daniele Rugani tested positive for coronavirus.
The Portuguese forward, 35, flew home to visit his mother after Juventus’ 2-0 win over Inter Milan behind closed doors on Sunday.

Serie A was later postponed until at least April 3 as the country battles to contain the spread of the coronavirus.
“Cristiano Ronaldo has not trained and remains in Madeira awaiting events to unfold with the current health emergency,” Juventus said in a statement following the squad’s training session on Wednesday. Ronaldo will now self-isolate in his home.
Reports suggest the entire Juventus squad will spend two weeks in quarantine, leaving them unable to fulfill their Champions League last-16 second leg against Lyon on March 17.
Rugani, a fringe player for Juventus, took to social media to say he was fine.
“You’ve read the news, so I want to reassure everyone who’s worried about me, I’m fine,” he said on Twitter.
“I urge everyone to respect the rules because this virus makes no distinction! Let’s do it for ourselves, for our loved ones and for those around us.”
Source: Eurosport
Tags: Cristiano RonaldoJuventus FCPortugal