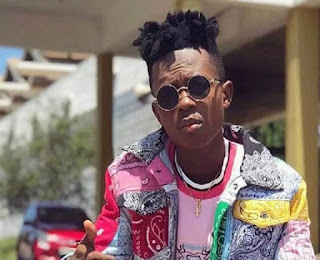 Ghanaian rapper and hip pop artist Osei Vincent popularly known as Strongman has disclosed that he’s not respected in the music industry because of his baby face and stature.
According to the rapper, many of his colleagues in the industry talk to him anyhow and treat him like a “small boy” despite being 27.
Join Our WhatsApp Group
In an interview with Abeiku Santana on “ATUU” expressing his bitterness on how he’s being treated.
“because of how my face is, it makes people want to disrespect me but am not that young” he says.
Strongman in other matters showered praises on his former boss Sarkodie for bringing him to the limelight and also being the first person to fly him outside the country to the United Kingdom.
Source: www.tmmotiongh.com