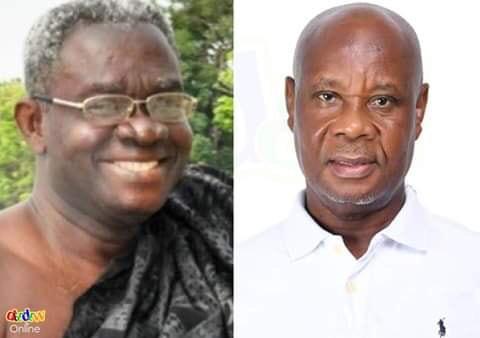 In his opinion, the NDC candidate is the replica of a good leader who understands the needs of the people of the constituency.

“He understands the plight of his people.  It’s unfortunate he belongs to NDC.  But that’s his choice. The good people of AOB should vote for him as MP” he said on Accra based UTV during the midday news.

Hon. Alhaji Alhassan Kobinah Ghansah is the former parliamentary candidate on the ticket of the National Democratic Congress for Asikuma Odoben Brakwa in the 2016 general elections and now seeking for reelection as the leader of the  Party in the constituency.

Alhaji Kobina Ghansah lost last general elections to NPPs Hon. Anthony Effah by 430 votes. The abysmal performance of the current MP- Anthony Effah has called for many characters within his party to contest him in this year’s primaries.

The philanthropist,  Alhaji Alhassan Kobinah Ghansah is tipped to win the pending primaries and is likely to win the seat for NDC in the 2020 general elections looking at the public outcry, with regards to the performance of the current Member of Parliament.