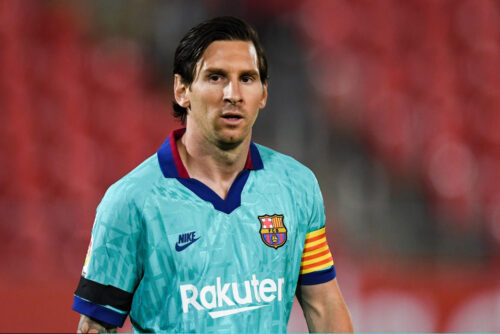 Manchester City would go ‘hell for leather’ to sign Lionel Messi next season – but only if Pep Guardiola isn’t at the club.

That is the view of Spanish football expert Graham Hunter, who believes the City boss will have doubts about where the 33-year-old would fit into his system at the Etihad.

Recent reports have suggested that Messi may be willing to quit Barcelona when his contract ends in 2021.

It is believed the Argentina superstar is fed up with the way the club is being run and is open to a new challenge.

“The number one club who has tried to take Lionel Messi away from Barcelona is Manchester City under their current ownership,” Hunter told talkSPORT.

“If the ownership has the idea of taking a 34-year-old Leo Messi, still in prime condition, one year after his final Ballon d’Or if he doesn’t win it again this season.

“I think Guardiola has doubts about how well Messi will work in the system because of the level of pressure and work off the ball.

“He’s allowed to do what he wants at Barcelona but if Guardiola moved on and Messi was free in a years time, Man City’s ownership would go hell for leather to sign him.”

He told TyC Sports: “He is still in his peak.

“It doesn’t even cross my mind that they won’t fix it.

“Messi doesn’t think about the contract when he goes on the pitch. He’s still the same on the pitch and in his neighbourhood. I don’t think it’s a financial problem, I don’t understand it.”

“It’s evident that (coach) Quique Setien has not found his team still” Menotti continued. “But Messi is still the same and it’s not in vain that he reached 700 career goals.

“Those that question Messi and say he doesn’t perform for the national team make me laugh. If it wasn’t for him, we wouldn’t even have gone to the last World Cup.”