Join Our WhatsApp Group
Bishop Bernard Nyarko is reported dead
Ghana has been thrown into a state of shock and sorrow following reports of the passing of Kumasi-based actor Bishop Bernard Nyarko.
News of his sudden demise was confirmed by musician, ace radio presenter and DJ, Andy Dosty.
“Oh Lord, I don’t want to believe you’re gone. God be with you my friend,” an Instagram post by Andy Dosty read Saturday evening.
The cause of Bishop Nyarko’s death is currently unknown.
Exactly a month ago, he was reported to have said he has quit acting and nothing will make him rescind the decision.
He became a full-time pastor to spread the word of God and win souls for his Maker. According to reports, the actor ditched acting for the gospel after he was hit with an unknown illness.
Bishop Nyarko, in a viral video was heard telling his congregation that he has decided to follow the steps of actor Majid Michelle, stressing that the movie industry is full of evil.
“I have stopped because it’s full of evil. Every day, you would meet different people; every day, you would see different girls. All of them want you to become their friends and some of them are coming from the marine sea, they should take their movie,” he said.

-KIMLYKESSEHONLINE.COM@KimlykessehOnli
Few months ago Bishop Bernard Nyarko made it clear that he is no more into acting after suffering from a sickness ( he stated that the Kumawood is full of evils ) and hence he’s into full time Ministry. 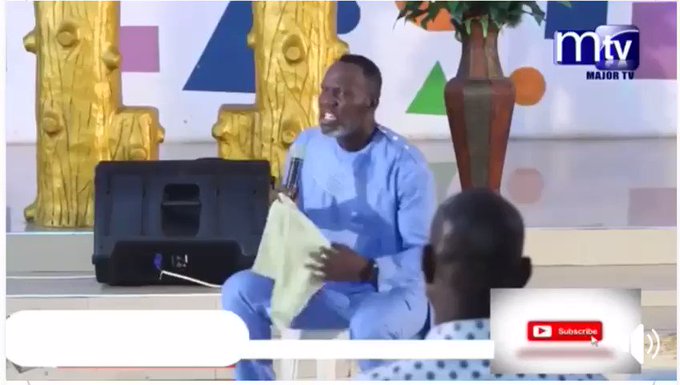 492 people are talking about this