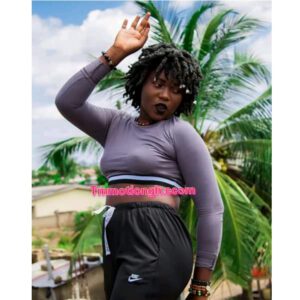 Dancehall sensation of PPP records and Rude Gyal Chune singer , Euni Melo in an interview with GH Event claims to have been the Genesis of the trending ongoing female beef.

She disclosed that , she began the whole female beef which is now getting both mainstream and upcoming female acts on their toes but was not given that due attention because she is an upcoming.

However , the award winning dancehall “Layaness” said her beef initiation was targeted at promoting the works and the brands of the female artistes who appeared to have been pushed aside by the dominating male acts.

A link to her interview with Gh Event.

“I started the beef thing but never threw a physical punch” – she posted on Facebook as well.

Brief throwback on how the PPP records signed songstress started the beef.

A diss aimed at trending the new released project from the latter [Aroma Rule].

Which ended up with no reply from the attacked act.