Hally Wollf, president of Hally Nation is a versatile songwriter who has been in the Ghana music fraternity for a while now. Hally Wollf is the front line artist signed on One Eye
entertainment.

The name Hally Wollf doesn’t sound new in the ears of the people of Ghana especially people based at Sunyani in the Bono Region. 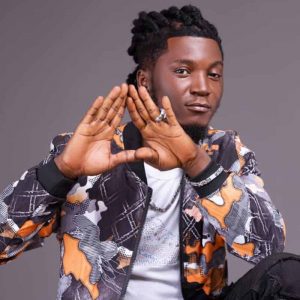 has hosted his own musical concert over the period in Sunyani and pulled a lot of crowds. He has really justified his inclusion in Ghana music.

Hally Wollf, last year and this year brought us nice banging Afrobeats and hiplife songs such as Hossana, Ebeye Yie, One Day, etc.

Here comes a new one from our most wanted Artist, Hally wollf, he titles this one 247 a deep hip-hop genre, and featured on this record are two talented artists Arch Angel (A2) and Captain swag.

247 is a lovely Hip-hop song that is anticipated to talk about the hustle the Ghanaian youth has been going through in this era of traumatic economic pressure.

247 would address a series of hustles, difficulties, uncertainties, and poverties faced by the Ghanaian youth.

247 would strengthen the youth to never give up on their struggles because there is always light at the end of the tunnel. 247 would give a meaning to the youth to stay glued to a positive life and keep on fighting the struggles until they make it in life.

This song has been scheduled to be released on 8th October, the second week of the month. The song was programmed and originally produced by Sunyani’s very own producer DARE MAME BEAT.

Let’s have a look at a brief background of Hally Wollf.

Hally Wollf known in real life as Wilson Annor Clement was born on August 19th to very humble and loving parents of blessed memory. “Hally Wolf”, as he is affectionately known in the entertainment circles is the next biggest thing to happen in Ghana and Africa as a whole.

An in-depth and dispassionate look into the life of this multi-talented musician shows that life is not a bed of roses but with determination and perseverance, destinations of life await us.