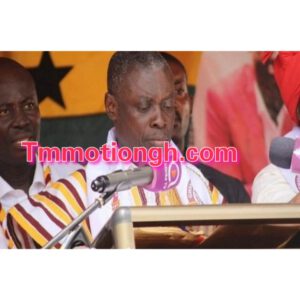 Founder of the Ghana Union Movement (GUM) and General Overseer of the Life Assembly Worship Centre, Rev. Christain Andrew has given President Akufo-Addo a week to lift the ban on church activities or face the wrath of God.

The man of God and an aspiring president told Nyankonton Mu Nsem on Rainbow Radio 87.5Fm that, God has instructed him to tell the president to lift the ban to allow Christians pray to him for help.

Rev. Andrew who is popularly known as Osofo Kyiriabosom said God wants Christians to attend church and seek his face.

He said if the president fails to lift the ban, all the doctors and the team that advised him to place the ban on church activities would be severely punished.

“The president has a week to lift the ban or the wrath of God will come upon him and his team. He should listen to the instruction from God and lift the ban. God wants his children to seek, his face and pray to him,” he declared.

He wondered why banks, markets and other businesses have been allowed to operate with churches asked to shutdown.

Rev. Andrew opined Ghana has been favoured as compared to other countries hence the low rate of deaths recorded.

President Akufo-Addo last month extended the ban on all forms of social gatherings including church activities by two weeks.