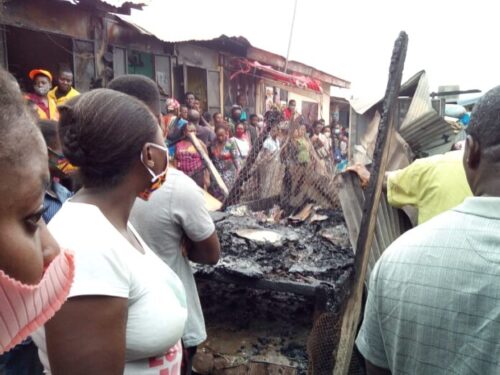 A few traders trooped to the market after hearing the incident trying to rescue things from their shops.

Firemen have shown up at the scene attempting to splash the fire.

The Juaben Serwaa Market is the second biggest and populated market place in the New Juaben South Municipality.

The cause of the fire isn’t yet known.