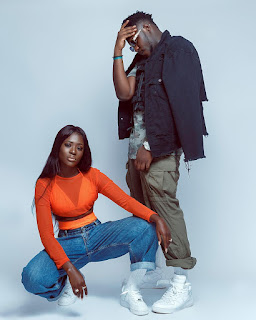 It seems the love story between Medikal and Fella Makafui will be ending soon  go from the recent happenings on social media thought it might not be substantial
Yesterday, Medikal out of the blue posted a beautiful photo of Fella and captioned it; ‘I’m sorry’. Though he failed to detail what he has done to put out such an apology
It seems the actress is fed up with the rapper after she took to her Instagram stories to post a photo of an old woman giving the f*ck you after she had posted another photo with the caption; ‘I tried’
Well, it has turned out that Fella has unfollowed Medikal on Instagram. not only did she unfollow him, but she also took away all the photos of him and blocked from having access to her account