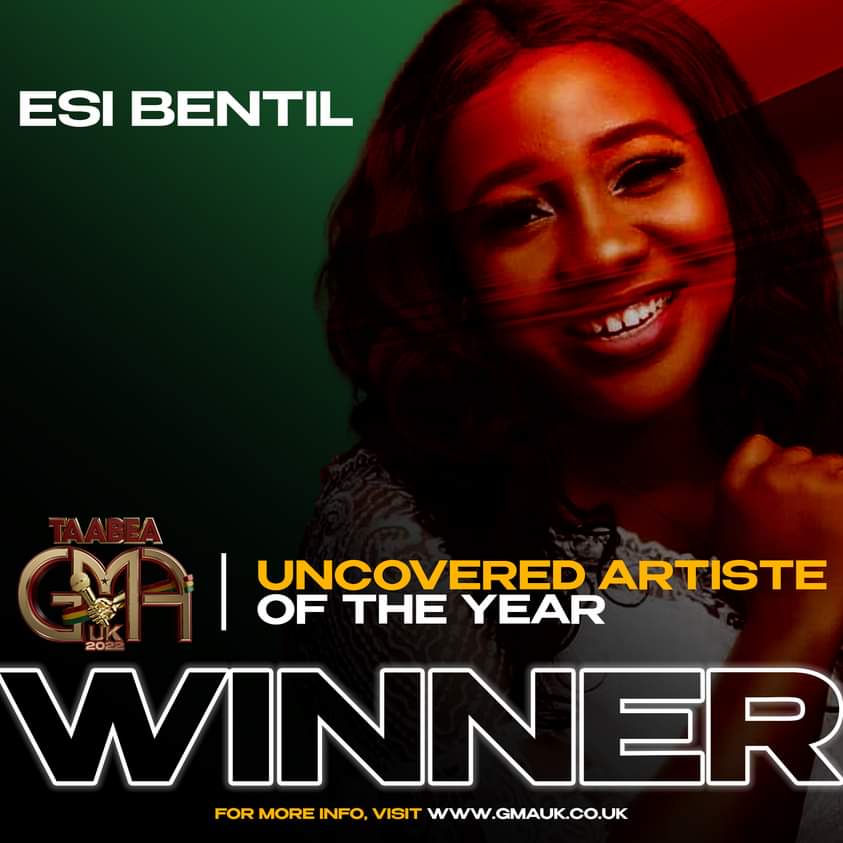 Ghanaian versatile female musician Esi Bentil was crowned as the winner of ‘Uncovered Artiste Of The Year’ At Ghana Music Award UK.

Esi Bentil who started her music career in church as Sunday School singer.

She decided to switch from the backing vocalist to a full Gospel Artiste in 2018 where she started doing her solo project. Her first single came out in 2019 and an album as well which is called Ayeyie Ndwom.

Since then she has been releasing many Gospel songs which got her nominated in this year’s Ghana Music Award UK.

She became the winner of ‘Uncovered Artiste Of The Year’ with her new song called Me De Bena Wo.