Black Sherif Releases Tracklist For His First Album, ‘The Villian I Never Was’ 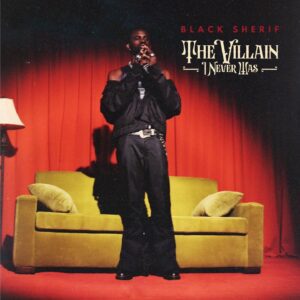 The official release of Black Sherif’s debut album, “The Villain I Never Was,” is just a few days away.  With his much-awaited album, the gifted rapper and composer from Ghana stands ready to choke the world.

Black Sherif reveals the 14-track body of work’s tracklist in order to create anticipation for the release. Only Burna Boy, who appeared on the already-released “Second Sermon remix,” is featured on the album.

The album, which is set to be released on October 6, 2022, will arrive at a time when Black Sherif will be headlining his first show in the United States and the United Kingdom, as well as competing for the award for Best International Flow at the upcoming BET Hip-hop Awards.

‘The Villian I Never Was’ houses his monster hit songs, ‘Kwaku The Traveler’ and ‘Second Sermon Remix’ as track 13 and 14 respectively alongside his recent jam, ‘Soja’ the 4th track. In an update of events, Black Sherif has shared the official track-list for the album. 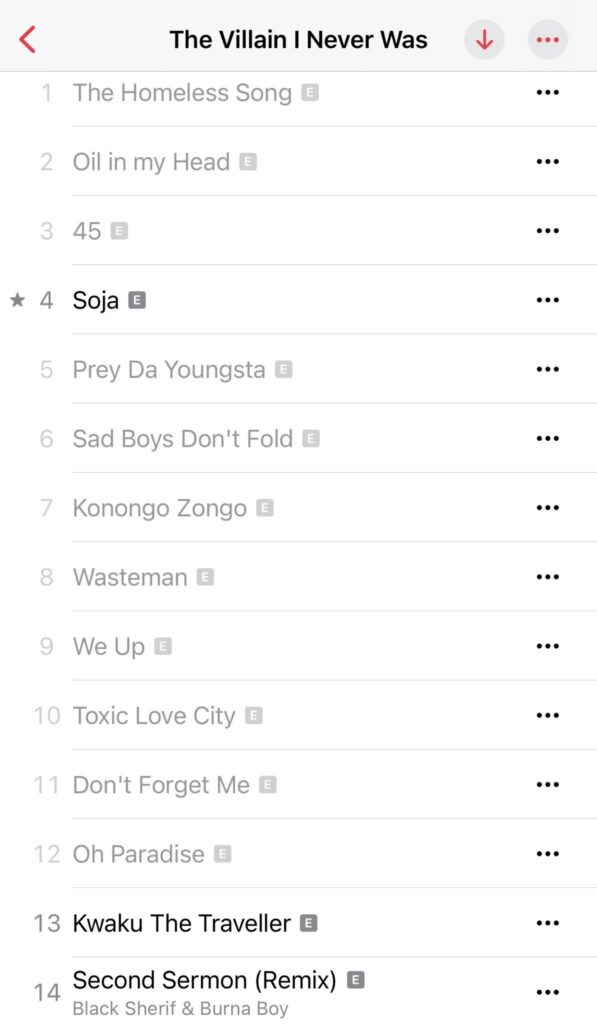