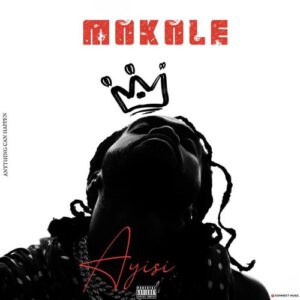 ‘Mokole’ is reminiscent of Tupac’s ‘Do For Love’ which is a sample of Bobby Caldwell’s ‘What You Won’t Do for Love’, this time produced by E.L, who contributes a touch of Ghanaian Highlife and Hiplife to the record.

It will be of no surprise to many that Ayisi brought it home yet again, as if his credibility would be questioned. His fluent blend of the local and foreign dialects and cadences, lyrics and delivery, backing and ad lib vocals, surely leaves us all wanting more. Ayisi’s vibe on most of his records is generally charismatic and very prominent.

‘Mokole’ is no different and its message is to remind us about the probabilities in life, life’s uncertainties, a song to spur you on when you need it. It does just that and nothing else. Download below.

Ayisi – Mokole (Anything Can Happen) (Prod. by E.L)