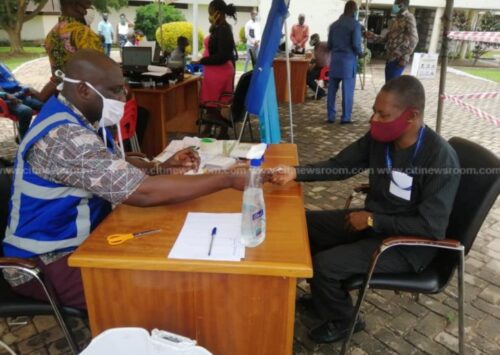 At least five other persons have also reportedly sustained injuries as a result of confusion recorded at other venues where the exercise is being undertaken.

The cases were recorded in various constituencies in the region including Sekyere Afram Plains, Amansie West and Asawasi Constituency since the Electoral Commission began the compilation of the new voters register.

Friday marked day five of the exercise which is expected to last 38 days across the country, ahead of the general elections in December.

Tension is mounting in some registration centres in the region following a misunderstanding between the police as well as some members of the governing New Patriotic Party (NPP) and those supporting the opposition NDC.